Hatchery May Networking Event: Introducing New Flavors to the Market

Join us for our May virtual #HatcheryNetworking event! Our monthly Hatchery Networking events are a great way to meet entrepreneurs and other members of our community and dig into the big topics impacting the food and beverage industry. This month we’re exploring the exciting new flavors coming to the market!

Toyin Kolawole is the Founder & CEO of Iya Foods, a nourishment focused food company inspired by her Nigerian roots and located in Illinois, USA. From very early on in her life, Toyin enjoyed interacting with customers while working at her family’s entrepreneurial small businesses which included a fast-food eatery. Toyin has an MBA from Kellogg School of Management, Northwestern University, a certificate in Nutrition and Healthy Living from Cornell University and a BSC in Management & Accounting. Prior to Iya Foods, Toyin was a consultant at Bain & Company and a Private Equity analyst at African Capital Alliance. Today she is responsible for the day to day running of Iya Foods. 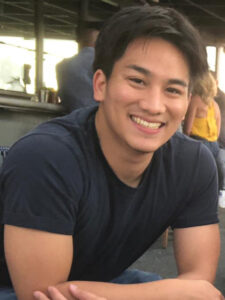 Yuta Katsuyama is the Co-founder and CEO of Onigiri Shuttle KORORIN, a food startup delivering handy, healthy, and tasty onigiri (Japanese riceball) around the city. He is originally from Tokyo, Japan. After arriving in Chicago to study business and design at Illinois Institute of Technology, he saw a complete absence of onigiri in Chicago. Last summer, he launched KORORIN through the Hatchery’s six-month incubation program, Sprouts. Now, KORORIN is expanding its pickup locations and services to make onigiri the next popular Japanese food like sushi or ramen. 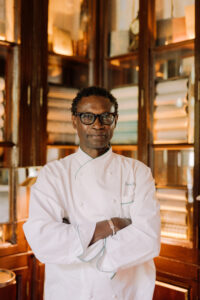 Pierre Thiam is a chef, author, and social activist best known for bringing West African cuisine to the global fine dining world. He is the Executive Chef of the award-winning restaurant Nok by Alara in Lagos, Nigeria and the Signature Chef of the five-star Pullman Hotel in Dakar, Senegal. He is also the executive chef and co-owner of Teranga, a fast-casual food chain from New York City. His company Yolélé Foods advocates for smallholder farmers in the Sahel by opening new markets for crops grown in Africa; its signature product, Yolélé Fonio, is found in Whole Foods, Amazon, and other retailers across America. Born and raised in Dakar, Senegal, Thiam’s cooking style is at once modern and eclectic, rooted in the rich culinary traditions of West Africa. His newest cookbook, The Fonio Cookbook, was published in October 2019. His first two cookbooks, Yolélé! Recipes From the Heart of Senegal and Senegal: Modern Senegalese Recipes from the Source to the Bowl were finalists for several awards including the Julia Child Cookbook Award, the Gourmand Award in Paris, and the James Beard Award for Best International Cookbook. 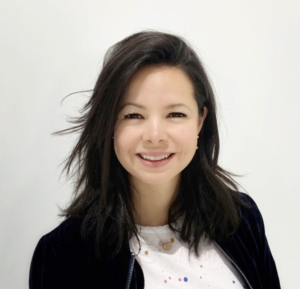 Originally from Mexico City and now based in Chicago, Regina Trillo has spent her legal career advocating for human rights in Mexico and the United States.  Regina earned her Master’s of Law in International Human Rights Law from Northwestern University School of Law and has focused her work later in her career to providing legal services to immigrants and implementing programs on a range of global human rights issues in Latin America and the Caribbean. In 2019, Regina launched Nemi Holisticks, a Chicago-based company making crunchy sticks made from nopales (the prickly pear paddle) and seeds in authentic Mexican flavors. Nemi’s mission is to diversify the health-conscious consumer’s snacking experience by sharing authentic and delicious Mexican snacks! Regina partners with small Mexican farmers, works with woman of color, only uses real and sustainable ingredients and provides a monthly donation to a local nonprofit in Chicago advocating for food justice.

SAVE & ACCEPT
Scroll to Top
Login
Lost Your Password?