Ingredion at Home: Bigger, Better, Stronger, Scaling Up Your Product!

Join us for the final installment in our series by our friends over at Ingredion! You’ve learned from Chef Nelson about all the ways to develop your recipe and get it market ready at home. Now learn from Chef Nelson and Senior Director Channel Development, Emerging Business & Customer Co-Creation, Evan Hyman on what comes next! We will discuss how to understand product scale up requirements, working with a co-manufacturer, and more!

We’ll be taking an in-depth look at the following topics: 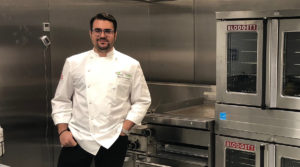 Nelson Serrano-Bahri was born and raised in Puerto Rico, from an early age he was exposed to the culinary wonders of the island. As he grew, along with cartoons he loved to watch Julia Child on Saturday mornings. With his culinary interests piqued, he decided to pursue a degree in Culinary Arts and Nutrition and selected Johnson and Wales University as the place to develop and grow his skills. During his time there he was a teaching assistant, culinary and nutrition resource at Kids First Rhode Island, intern at Marriott International Hotels, and had his first culinary R&D job as a co-op at ConAgra Foods Culinary Center of Excellence. Inspired by his mentors at ConAgra, he decided to pursue a second degree in Food Science and chose Rutgers University as the place to do it. During his time at Rutgers he had various internships with Kraft Foods and did graduate research at the sensory analysis lab. Nelson graduated Rutgers University with a degree in Food Science and Management Economics. He went on to take a job with Kraft Foods in Chicago as a Food Scientist and Culinary Resource for the Pizza Division. After almost 2 years with Nestle and looking to continue to strengthen and grow his culinary acumen he took the role of North American R&D Chef at Unilever Food Solutions in Chicago. Coming from a very entrepreneurial family Nelson always had hoped to explore that segment of the industry and in 2015 he launched Puerto Rico Food Innovations, focused on the import and distribution of retail and foodservice premium food products as well as consulting. Currently Nelson is the Innovation and Culinology Manager for Ingredion at The Hatchery Chicago.  Nelson manages culinary and technical projects focused on helping micro-enterprises and entrepreneurs commercialize their food products. 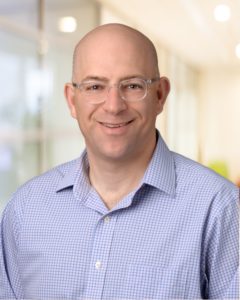 Evan Hyman is the Senior Director, Channel Development, Emerging Business & Customer Co-Creation at Ingredion Incorporated where he leads a team that covers key channels to market and several newer company-led initiatives focused on growth.  Evan has a unique view on the Food and Beverage industry, with over 20 years of experience working with ingredients to retail finished products. Prior to joining Ingredion, Evan served as General Manager, Marketing and Business Planning at Mitsui Foods, leading marketing, strategy and business development initiatives. Evan has worked for other companies such as Pepperidge Farm, Schick & Daymon Worldwide in a series of progressive roles.  Evan holds a bachelor’s degree in Political Science/East Asian studies from Union College, in Schenectady, New York, and a master’s degree in business administration with a focus in marketing and competitive and organizational strategy from the Simon School of Business at the University of Rochester.