Hatchery November Networking Event: The Future of The Restaurant Industry

Join us for our virtual #HatcheryNetworking event! Our monthly Hatchery Networking events are a great place to meet entrepreneurs and other members of our community, and we are going to explore this virtually!

During this month’s networking event we are going to discuss the current state of restaurants and the incredible innovation happening. We are excited to host Chef Brian Jupiter from Fronteir Restaurant Group and Ina May Tavern and Goods as well various other chef-preneurs as they continue reinvent hospitality. After all, food trends begin from the minds of chefs.

Born and raised in New Orleans, Louisiana, Executive  Chef Brian Jupiter has always believed that Southern  comfort food is a true art form. Pulling inspiration from  closely held family secrets and recipes, Jupiter spent his  childhood alongside his grandmother in her kitchen.  After beginning his professional career at the age of 16  in the kitchen of New Orleans’ famed Aurora Steakhouse, Jupiter eventually moved to Miami, Florida to  pursue degrees in Culinary Arts and Food & Beverage  Management. In 2003, Jupiter made the move to Chicago to fill the role as Chef de Cuisine, and eventually  Executive Chef, at Narcisse Champagne and Caviar  Salon. He later became an integral part of the menu  development for the opening of Frontier in 2010 and Ina  Mae Tavern & Packaged Goods in 2018, as Executive  Chef of Pioneer Tavern Group. 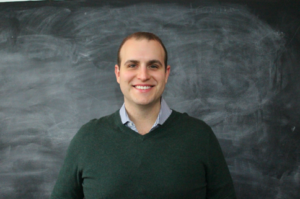 As Chief Information Officer, Jordan Himmel has taken the legacy of family run Bravo Restaurants to new heights. With the opening of Gotham Bagels earlier this year, to several upcoming projects slated to open in the coming year, Bravo Restaurants continues to bring unique dining experiences to Chicago and beyond! New to Chicago, Gotham is proud to be bringing an authentic New York Bagel to the Windy City. Gotham has been serving handmade New York style bagels for more than twenty years. Making bagels the traditional way – mixing the ingredients in house, rolling by hand, kettle-boiling, and baking in a rotating deck oven. 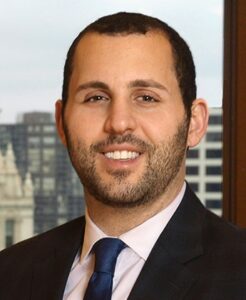 Patrick is Chair of Food and Beverage Practice Group at Taft Stettinius & Hollister LLP, a firm of 650-plus lawyers with a strong national presence across several industries. He counsels multi-unit restaurant, hotel developers, and food and beverage consumer brand companies on day-to-day legal needs. Additionally, he brings extensive experience to matters relating to financing arrangements, food and liquor licensing, mergers and acquisitions, real estate, and general corporate governance in jurisdictions from coast to coast.