Join us for our March virtual #HatcheryNetworking event! Our monthly Hatchery Networking events are a great way to meet entrepreneurs and other members of our community and dig into the big topics impacting the food and beverage industry. This month in honor of International Women’s Day, our guest speaker this month is Julie Smolyansky of Lifeway Foods. 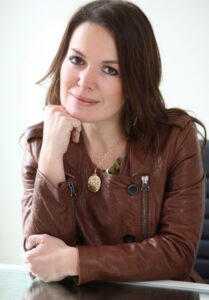 Julie Smolyansky became the youngest female CEO of a publicly held firm when she took over Lifeway Foods at the age of 27 in 2002. Since then, Julie has continued the company’s growth trajectory with creative product development and marketing to bring kefir, the company’s flagship product, into the U.S. mainstream. Under her leadership, the company has expanded distribution throughout the United States, Mexico, the UK, and Ireland, as well as portions of Central and South America and the Caribbean. She has been named to Fortune Business ‘40 under 40,’ Fortune’s 55 Most Influential Women on Twitter, as one of the Best Instagrammers of the 40 Under 40 list, and was recently named a 2020 Champion of Wellness by VeryWell.

Julie is a graduate with a bachelor’s degree from the University of Illinois at Chicago. She is an emeritus member of the United Nations Foundation Global Entrepreneurs Council and was part of the 2015 class of Young Global Leaders of the World Economic Forum. She has produced several documentaries, including “The Homestretch,” “Honor Diaries,” “The Hunting Ground” and most recently, “On the Record.” In 2013 Julie co‐founded a non‐profit, Test400k, an organization dedicated to advocating ending the backlog of 400,000 untested rape kits in the United States. She released her first book, The Kefir Cookbook: An Ancient Healing Superfood for Modern Life, Recipes from My Family Table and Around the World in March of 2018. She lives in Chicago and is the mother of two girls.

SAVE & ACCEPT
Scroll to Top
Login
Lost Your Password?